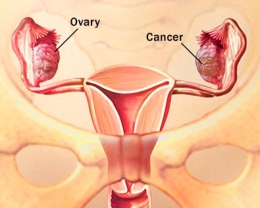 Many people assume there is one simple type of ovarian tumor. This is not the case. Most forms of cancer are classified with two or more sub-types of a specific master type. When it comes to cancer in the ovaries, there are three classifications commonly identified: epithelial carcinoma, the sex cord stromal tumor, and the germ cell tumor. Each of these three classes include a series of sub-types.

Epithelial carcinoma is the more common of all forms of malignant ovarian tumors. The tumors form using cells that are located along the surface of the ovary. Adult women are at a greater risk for this form of ovarian cancer, although there are rare cases of this type of malignancy showing up in pre-teen and teenage girls.

There are several sub-types of epithelial carcinoma. Each of them has to do with the shape that the tumor takes on. A serous tumor looks somewhat like a Fallopian tube, while the mucinous tumor bears a general resemblance to a section of the GI tract. Other sub-types for the epithelial carcinoma include the endometrioid, clear cell, and transitional cell tumor.

A second class of ovarian tumor is known as the germ cell tumor. Tumors of this type are created from cells within the body of the ovary. These particular cells are actively involved in the process of egg production. While much less common that epithelial tumors, the germ cell is more likely to develop in pre-teen and teenage girls than among adult women. The chance of developing a germ cell tumor tends to diminish rapidly after the female reaches the early twenties. Even then, adult women who develop this type of tumor are more likely to find the growth is benign rather than malignant.

The third class of the ovarian tumor is known as the sex cord stromal tumor. This particular form accounts for less than ten percent of all type of cancer found in the ovaries. Tumors of this type are created from the cells that are part of the sex chords and the gonadal stroma. In women diagnosed with some sub-type of sex cord stromal cancer, there is a significant chance of a chance in the frequency of the menstrual cycle, the appearance of more facial hair, and the development of a hoarse voice. There are several sub-types of sex cord stromal tumors; 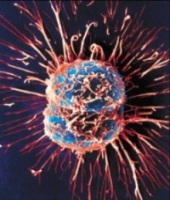 Each of these forms or classes of ovarian cancer is detectable at various points in their formation. Some of them are influenced by functions involving the BRCA1, BRCA2 or HNPCC genes and may move from benign to borderline ovarian tumors before they are detected. Some serve as an example of the connection between endometriosis and ovarian cancer, or behave in a manner that is much like primary peritoneal carcinoma, a form of cancer that mimics the symptoms associated with many forms of ovarian cancer.