Recognizing the more common ovarian cancer symptoms can make a big difference when it comes to saving your life. According to the American Cancer Society, detecting the signs of ovarian cancer in the earliest stages increases the chances of living another five years to 93%. For this reason, every woman should know how to read signs and symptoms, as well as how to report them to her doctor immediately. This is achieved by increasing ovarian cancer awareness.

One of the first signs that indicate the possible presence of cancer is pain in the ovaries. Ovarian painoften begins as a dull ache that is barely noticeable. Over time, the pain intensifies sometimes to the point that is it hard to ignore. Unlike digestive issues, this type of pain remains constant and only worsens as time passes. This is easily one of the most common of all ovarian cancer symptoms, and serves as clear indication that something other than a bladder infection is at work.

Another one of the common symptoms of ovarian cancer is vaginal bleeding. Often accompanied by pelvic pain, this combination of ovarian cancer warning signs is very different from menstrual bleeding or the bleeding that sometimes is the result of a bladder infection. The bleeding may manifest as an unusually high menstrual flow, or come on suddenly in between periods. With some women, the bleeding develops unexpectedly during sexual intercourse for no apparent reason. Since this symptom is also linked to other types of cancer, it is important that you see a doctor as quickly as possible.

Changes in urinary urgency are easily among the more common ovarian cancer symptoms. Women who are developing a tumor on one or both ovaries may find themselves with the urge to urinate more often. Other women find that they develop constipation, even when eating a proper diet with plenty of fiber. As the condition worsens, a sense of fullness also develops, along with a consistent feeling of pressure in the abdomen that is very hard to ignore. Over time, visible swelling will also take place.

Other examples of ovarian cancer symptoms include an increase in the incidence of nausea and gas, a lack of interest in eating, and an energy level that is relatively low even after getting plenty of sleep. A dull ache in the lower back develops and seems to linger even when treatments such as the application of a heating pad are used. In addition to the bleeding during intercourse, the activity may become extremely painful as the tumor or tumors begin to grow. Indigestion may be present even if you have not consumed any food or drink in the last couple of hours. 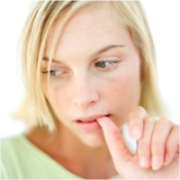 In years past, healthcare professionals considered this form of cancer to be extremely difficult to detect. This is because many of the early symptoms of ovarian cancer are also signs of other ailments, such as bladder issues and even depression. However, doctors are realizing the value of treating these symptoms as possible ovarian cancer warning signs even as they also consider the possibility of some other illness being the root cause.

Even if you are sure that these ovarian cancer symptoms are associated with some minor ailment, it never hurts to ask your doctor to run a few tests. Taking these signs and symptoms seriously could mean the difference between a long and happy life with loved ones, and a life that is tragically cut short.