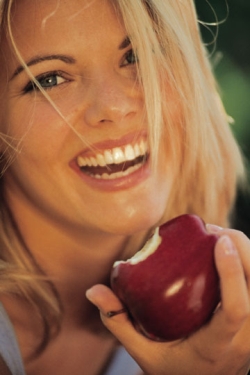 The risk of developing ovarian cancer increases as a woman gets older.

The risk is between 30% and 60% lower among women who have had children than for women who have not. In addition, the risk is lower if the first child is born before the women is 30 years old and continues to decrease with each subsequent pregnancy.

Studies have also shown that breast-feeding reduces the lifetime risk of ovarian cancer by nearly 1% for each month of lactation. Basically, the more ovulation is suppressed, the lower the risk of developing ovarian cancer.

To date, there are 3 genes in which inherited mutations have been shown to greatly increase the risk of developing ovarian cancer. These are the BRCA1, BRCA2 and hereditary nonpolyposis colon cancer (HNPCC) genes. Genetic screening can be used to detect alterations in these genes. 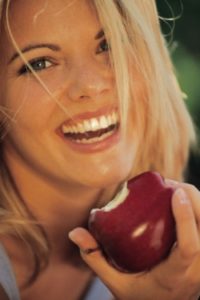 The risk of ovarian cancer is increased by having excess body fat, as measured by body mass index. This includes the amount of body fat a woman had as a teenager. In addition, diet and nutrition in the teen years may also play a role in ovarian cancer prevention.

Many experts recommend women consume a diet low on fat and high in fiber, as well as low in lactose. Reducing meat and alcohol consumption is also a suggested preventative measure. Recent studies have shown that having a diet low on fat for at least 4 years can reduce ovarian cancer risk.

Studies have found that the use of the combined estrogen and progestin pill for more than 5 years reduces ovarian cancer risk. One particular study found that the low-dose combined pills were the most effective for reducing risk. it has also been shown that the protective effects last for years after a woman stops taking the birth control pills. Women who have a family history of ovarian cancer may also benefit from taking a contraceptive pill, however the results from studies on women with known BRCA mutations are not clear.

Research suggests that having surgery to tie off your fallopian tubes (tubal ligation) or hysterectomy decreases the chances of developing ovarian cancer. The mechanism for this protective effect has not been determined, however it s theorized that the ligation of the fallopian tubes or removal of the uterus stops cancer-causing chemicals from reaching the ovaries once they have entered the body through the vagina.

Women who have a family history of ovarian cancer can opt to have a prophylactic (preventative) oophorectomy This usually also includes removal of the fallopian tubes (salpingectomy). For women with inherited mutations in the BRCA1, BRCA2 or hereditary nonpolyposis colon cancer genes, this greatly decreases the risk of developing ovarian cancer. However, a small chance of cancer developing in nearby abdominal or pelvic tissue remains.

The procedure is controversial because it causes early menopause in premenopausal women.

It is usually recommended only for women who a strong family history of ovarian cancer and have completed their child-bearing, but is the most effective means of ovarian caner prevention. Consulting with a genetic counselor before making the decision to undergo this surgery is important.

In postmenopausal women the use of hormone replacement therapy (or hormone therapy) is associated with an increased risk of ovarian cancer. This risk increases with the length of use and may be different for estrogen-only therapy and estrogen-progestin replacement therapy.

Other factors include the use of talcum powder in the vaginal area. Although the research into these is not conclusive.

For more information, you can talk to your doctor about the various ovarian cancer prevention methods and whether they would be likely to help you.