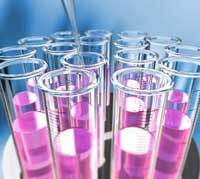 Also known as a mature or cystic teratoma, the dermoid ovarian cyst is a relatively common type of benign tumor that can develop in the ovaries. In fact, this type of cyst accounts for roughly one-third of benign ovarian tumors that are diagnosed each year. 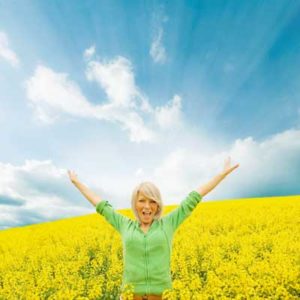 Usually found in women in the early years of adulthood, the chances of the cyst becoming malignant are extremely low. However, there is an increase of malignancy forming among women over the age of forty, if they develop a dermoid cyst.

One of the more unusual aspects of the dermoid ovarian cyst is that it contains a wide range of cell types, much more so than other types of cysts. This is because a cyst of this type arises from cells that have the capability to develop into any type of cell in the body. As a result, it is not uncommon for this bizarre type of cyst to contain everything from hair to muscle. There are even documented cases of partially and fully formed teeth being found in dermoid cysts.

For the most part, a cyst of this type is likely to develop without manifesting any outward symptoms. The first real sign that the cyst is present comes about during a routine pelvic examination. When one of the ovaries is found to be somewhat enlarged, this will prompt your doctor to examine the condition of your ovaries in greater detail.

While a dermoid ovarian cyst is not likely to exhibit symptoms or signs during its early development, there is a very real possibility of a great deal of pain if the cyst should become twisted at some point. Along with the episodes of extreme pain, there is also the possibility that the cyst could rupture. Should this happen, you could develop peritonitis, which is severe irritation of the abdomen and pelvic cavity. When there is evidence that the cyst has become twisted, surgery should be performed as soon as possible. 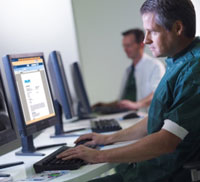 The actual process of removing a dermoid ovarian cyst is relatively straightforward. Depending on the position and size of the cyst, it may be possible to manage the surgery using laproscopy, a technique that involves making small incisions and using small surgical instruments to manage the cyst removal.

However, some cases will require the use of open surgery, which will require a longer recuperative period. With either procedure, the surgeon will seek to remove the dermoid cyst while leaving as much of the ovary as possible.

With both types of surgery, there are the usual risks for infection. However, it is important to understand that the chances of complications from the removal of a dermoid cyst are relatively low. If you follow the instructions of the doctor to the letter, you should be able to resume normal activities in about a month, even if you underwent the more invasive open surgery.

For the most part, the removal of a dermoid ovarian cyst does not lead to infertility. You will still be able to conceive, assuming there are not any other health issues that impact your ability to become pregnant. Even if the cyst was so large that an entire ovary had to be removed along with the cyst, you still have a second ovary, so there is still a possibility that you will be able to become a mother.