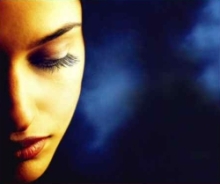 The Ovarian Teratoma is one of the several types of forms of the germ cell tumor. There are three specific sub-types of this kind of tumor, each of them possessing qualities that distinguish them from the other two. Diagnosing the exact sub-type is the key to developing the right course of treatment to deal with the teratoma most effectively.

The first example of a teratoma that can form in the ovaries is known as the mature cystic teratoma. This sub-type is most likely to develop during the childbearing years. Considered one of the most common of all forms of the ovarian germ cell tumor, this type of cystic tumor often has a thicker exterior and is likely to contain some partially developed embryonic tissue, such as bones, hair, skin, and even some portions of a respiratory system. In the event that this tumor should rupture, the pain can be excruciating. However, this tumor is often found to be benign.

Monodermal Teratoma
Unlike the mature cystic teratoma, this type of cancer is mainly composed of one type of tissue, although there may be slight traces of other tissue found within the tumor itself. A monodermal teratoma may be malignant or benign and can occur in girls as well as adult women.

Immature Teratoma
This type of tumor shares many of the traits of the mature cystic teratoma in terms of size and the variety of tissue that may be found in the body of the tumor. However, it is more frequently seen in children and young women, and tends to be very solid. An immature teratoma may be benign or malignant.

There are several symptoms that may occur with any of these three sub-types. Vaginal bleeding, changes in the strength or regularity of the menstrual cycle, and a sense of being full or experiencing pain in the general area of the pelvis and abdomen may take place. Because all the symptoms associated with this form of cancer can also be signs of other health issues, doctors will use several different tests to determine if there is an ovarian tumor of any kind present.

A blood test is often the first step in diagnosing the presence of an ovarian teratoma. Blood samples are tested specifically for tumor markers, which are components found in the bloodstream and indicate that a tumor has developed in the body. The two main markers examined for this type of cancer and germ cell tumors in general are alphafetoprotein (AFP) and human chorionic gonadotropin (hCG).

Following the result of the blood test, an ultrasound scan is conducted. This involves using a small that is shaped similar to a microphone. The scan is conducted by rubbing the device over the abdomen while it is producing sound waves. The sound waves are converted into images using computer equipment, allowing the physician a clear view of the ovaries, this makes it much easier to detect the presence of any type of abnormality.

The physician may also use what is known as a computerized tomography or CT scan. With this approach, x-rays are taken from several different angles, and the data is fed to a computer that creates a highly detailed image of the ovaries and any tumor that is present. 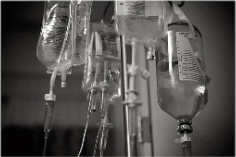 If an ovarian teratoma is found, a combination of radiotherapy and chemotherapy is often begun immediately. Surgery may also be employed, depending on how advanced the tumor is at the time it is discovered.

While it is sometimes possible to remove the tumor and leave both ovaries in place, there are situations where it is necessary to remove one or both ovaries if there is evidence that the cancer has begun to spread.