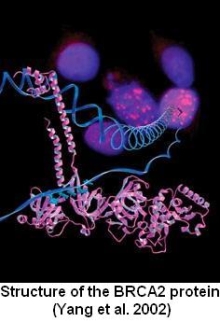 Understanding the BRCA2 Gene and its Role in Ovarian Cancer

The BRCA2 gene is one of two genes identified as having the responsibility of managing the rate of creation and growth of cells in the breasts. In addition, this gene also is involved in the management of cells in the ovaries. When the gene is not operating properly, the chances for the development of growths that become cancerous tumors increase significantly. 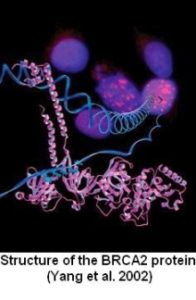 Also known as the Breast and Ovarian Cancer 2 gene, the main function of this gene is to control the rate at which cells reproduce. When performing as it should, the gene makes sure that cell division takes place at a steady rate, and that the new cells produced, often referred to as daughter cells, are healthy and normal in every way.

From this perspective, the BRCA2 gene can be seen as one of the fail-safes built into the human body that help to maintain the proper function of tissue development and ultimately the efficient operation of various organs.

Along with the BRCA1 gene, this gene is part of a family of genes known as tumor suppressor genes. This family of genes exists for the sole purpose of ensuring that the chances for the development of tumors that could in turn lead to the creation of a malignant growth are inhibited. However, it is important to understand there are many reasons why a tumor may develop that are completely unrelated to the efficiency of any of these tumor suppressor genes.

Watch the 2 minute video below for a brief but informative explanation of how the BRCA1 and BRCA2 genes work:

The Breast and Ovarian Cancer 2 gene is believed to be directly involved in what is known as cytokinesis. This is simply the process where the daughter cells are formed as part of the cell division process. When there is some sort of deficiency or improper function on the part of the Breast and Ovarian Cancer 2 gene, the daughter cells fail to form properly. This results in cells that have chromosomes that are abnormal in size or shape. This same lack of function may also result in the creation of an incorrect number of chromosomes.
It is important to keep in mind that having defective tumor suppressor genes of any type does not mean you will develop breast or ovarian cancer at some point in your life. What it does mean is that your chances of developing either of these forms of cancer are increased.

The risk of developing ovarian cancer when a BRCA2 mutation is present is less than that for BRCA1. The actual figures vary widely, but it is believed to be between 11-27%. 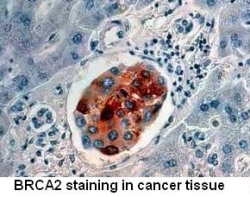 If you are aware of a history of women in your immediate family that have defective BRCA 1 or 2 genes, make sure your doctor is aware of this. Doing so will make it easier to tailor your healthcare strategy so that monitoring for the presence of tumors in the breast or ovaries is considered a high priority.