The Promises and Pitfalls of Ovarian Cancer Screening 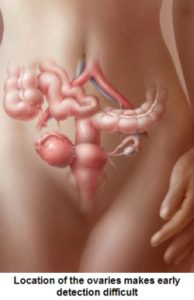 In October 2009 the National Breast and Ovarian Cancer Centre (NBOCC) published a position statement on screening for ovarian cancer. Leading Australian experts have reviewed the available evidence on the effectiveness of screening tests for ovarian cancer. They agreed that there is no evidence to support the use of any test or combination of tests to screen women in the general population. They say further validation in large clinical trials of current or new biomarkers or tests is required before they can be recommended for routine use in a populations screening setting.

Ovarian cancer is the 5th leading cause of cancer among women in the US. While it is a relatively uncommon cancer, most women have cancer that has spread outside the ovaries at the time of diagnosis. This contributes to the poor prognosis associated with the disease. Despite the common belief that ‘early diagnosis saves lives’ there is no solid evidence that current screening methods would save more lives if applied in the wider population. Logic suggests that if a woman is diagnosed earlier she has a greater chance of surviving 5 years, and it is known that stage at diagnosis is the most important predictor of survival for ovarian cancer. Yet there have not been any large controlled trials in the general population looking at whether or not ovarian cancer screening actually results in more women surviving the disease.

The potential for harm associated with ovarian cancer screening is significant. One of the problems is that the current screening methods give false positives (a positive test result when no cancer exists) and false negatives (a negative test result when cancer is present). Testing for ovarian cancer in asymptomatic (without symptoms) women can lead to a false sense of reassurance since the tests are not 100% accurate. It can also result in unnecessary highly invasive procedures and anxiety for women who turn out not to have ovarian cancer. 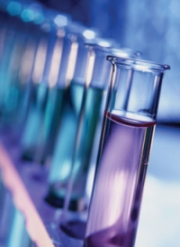 In summary, the prevalence of ovarian cancer is low, and the nature of the tests used to diagnose ovarian cancer after a positive screening test are quiet invasive. So for now, the potential harms of a widespread screening program may outweigh the benefits.

Screening for Women at High-Risk of Ovarian Cancer
Women with a high-risk of ovarian cancer, such as those with inherited mutations in the BRCA1 or BRCA2 gene may opt for undergoing surveillance, if they do not wish to have a prophylactic oophorectomy. The screening for these women involves annual pelvic examination, transvaginal ultrasound and CA-125 measurement. A recent study by van der Velde and others (2009) found that annual screening of women with BRCA1 or BRCA2 mutations is not effective in diagnosing women in the early stages of ovarian cancer. A number of other studies have found similar results.