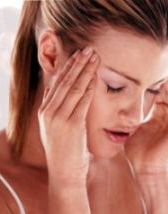 Many women are surprised to learn that many ovarian cyst symptoms have nothing to do with the pelvic area. In fact, there is a wide range of symptoms that may indicate that a cyst is growing and should be monitored. Here are examples of the more common symptoms experienced by many women.

Various types of aches and pains are often the first sign that a cyst is developing. It is not unusual for headaches to occur with more frequency. In some cases, the headaches may be dull and just obvious enough to be an irritation. At other times, the headaches are quite severe and may require the use of a pain reliever as well as sleep to go away.

There is also the possibility of developing pain in the area of the ribs. Some women have described this pain as similar to that of a pulled muscle sustained by reaching upward or turning the torso at an awkward angle. While applying heat to the area seems to help dull the pain, it rarely causes the discomfort to go away entirely.

An overall feeling of fatigue may appear for no apparent reason. You may find that you have no energy even after sleeping peacefully all night. As the day goes on, the sense of being tired increases, making it very difficult to deal with routine tasks at home or in the workplace. The fatigue may also make it hard to concentrate on tasks such as reading.

Changes in the body are also among the more common ovarian cyst symptoms. Breast tenderness may develop to the point of being painful. Bloating and weight gain is not unusual. Nausea may make it hard to eat, especially when the nausea progresses to vomiting. A noticeable increase in the amount of body and facial hair may also occur as a result of the presence of a cyst in the ovary.

Some ovarian cyst symptoms are directly related to discomfort in the pelvic area. Lower back pain, dull sensations of pain in the thighs and abdomen, and even a constant sense of discomfort in the vagina may be present. The pain may be on one or both sides, but does not necessarily indicate that both ovaries are affected by the development of a cyst. 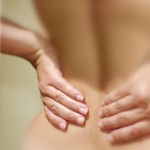 Some women also notice that small nodules develop under the top layer of the skin. When touched, they are often sore and tender, much like the way touching a bruise causes some level of pain. The nodules are usually not firm, but tend to be almost like small sacs of fluid collecting under the surface of the skin.

It is important to note that not every woman will experience each of these signs. Ovarian cyst symptoms do tend to appear over time and it is not unusual for any woman to find several of them to be present at any given time.

Since none of these symptoms are particular to the development of a cyst in the ovary, it is very possible to attribute them to other causes. However, physicians can order blood work and run other tests that eliminate other potential health issues and make it much easier to determine if a cyst in an ovary is the root cause for the various signs and discomforts.