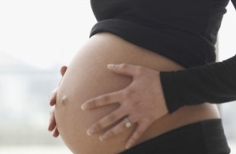 What You Need to Know

Ovarian cysts and pregnancy are a combination that is not uncommon. It is possible for women who are pregnant to develop cysts at some point during the pregnancy. The idea that this type of growth could appear while carrying a child is often troubling to the prospective mother. However, if you are pregnant and are diagnosed with a cyst in one or both ovaries, do not assume the worst.

The truth is that roughly 1 in every 1000 pregnant women will develop ovarian cysts at some time during the course of the pregnancy. While some women will exhibit some symptoms, others are unaware of the presence of the cyst until a doctor finds the growth. You will find this to be especially true during the first trimester, when many women experience morning sickness, an aversion to certain scents, and a great deal of fatigue.

If your doctor does find a cyst, there is a very good chance that it will present no problems for your pregnancy at all. Just about all cysts found during pregnancy are benign and will begin to shrink and disappear long before you reach term. While there is a slight change of the cyst progressing to a malignancy, that chance is extremely small. Current research indicates that among the small number of women who do develop a cyst while carrying a baby, only 1 in every 25,000 will develop ovarian cancer before the child is born.

Another thing you should know about ovarian cysts and pregnancy is that most of the time, doctors will simply monitor the situation, and provide instructions on how to deal with any symptoms that may appear.

For example, the doctor may recommend over the counter medication to help with pain, the use of a heating pad to ease lower back discomfort, and avoiding certain forms of physical exertion that could aggravate the cyst.

Your doctor will monitor the growth pattern of the cyst, and may employ a CA-125 to test for ovarian cancer if he or she thinks that it is merited. This can be especially true if you are older and going through your first pregnancy, since some research indicates that cysts and cancer in the ovaries can occur more frequently with older women.

While the idea of mixing surgery with ovarian cysts and pregnancy is often alarming to a prospective mother, the fact is that removing a rapidly growing cyst eliminates a potential health threat to her unborn child. Should your doctor note that the cyst has reached a size in the six to eight centimeter range, there is a good chance that surgery will be recommended.

Depending on the positioning and exact size of the cyst, it may be possible to use laparoscopyto remove the growth. Larger cysts will require a more invasive procedure. However, both approaches are considered safe for both mother and child, especially during the early to middle portion of the second trimester.

Understanding the relationship of ovarian cysts and pregnancy can help ease a lot of fears that women have. If kept under control and treated properly, the cyst does not pose a threat to the unborn child. However, a larger cyst does have a greater chance of rupturing and possibly causing complications. Those complications include possibly triggering a miscarriage or leading to premature delivery. This is why your doctor will watch the progress of any cyst that develops very closely.