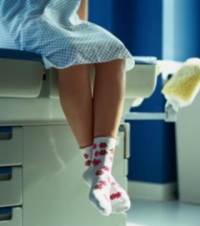 Can a Pap Test be Used to Detect Ovarian Cancer?

The Pap test is used to detect the presence of abnormally growing cells in the cervix. It is not used as a test for ovarian cancer. However, in 2008 a survey of 2000 Australian women revealed that 60% of those surveyed believe that abnormal Pap test results are a sign of ovarian cancer.

For cervical cancer, the pap test is a very useful procedure for detecting the disease when it is still in its early stages and as a consequence is easiest to treat. The cervix sits on top of the vagina and is the bottom part of the uterus. The location of the cervix means that doctors can quite easily obtain a sample of the cervix, which gets sent to a lab and examined under the microscope. The test aims to detect potentially pre-cancerous changes, which are usually caused by sexually transmitted human papillomaviruses (HPVs). The test remains an effective, widely used method for early detection of pre-cancer and cervical cancer.

A Pap Test May Provide a False Result

Sometimes having a routine gynecological exam and pap test come back normal can give a false sense of security, as it does not exclude the possibility of cancer in other reproductive organs such as the ovaries. In addition, there is at this point in time no screening test for ovarian cancer that is sensitive enough to detect ovarian cancer in its early stages and specific enough to distinguish ovarian cancer from other, noncancerous conditions. So being vigilant and being aware of the ovarian cancer symptoms is vital to ensure the disease is caught early on and the chances of survival are maximized. So trust your instincts, nobody knows your body like you do and if you have any symptoms that persist, don’t hesitate to see your doctor.