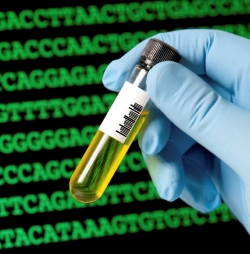 Genetic screening for BRCA 1 and BRCA2 is a useful method of testing women who may have an increased risk of ovarian (and breast) cancer.

Not all mutations a person has are harmful, however a harmful mutation in BRCA1 or BRCA2 greatly increases a woman’s lifetime risk of developing breast or ovarian cancer. 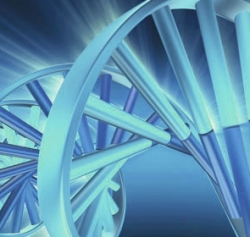 A number of ethnic and geographic populations around the world have increased frequencies of BRCA1 and BRCA2 mutations. These include the Ashkenazi Jewish population, which has been studied extensively in terms of BRCA1 and BRCA2 mutations and their effect on ovarian cancer risk. Other groups include Norwegian, Dutch and Icelandic populations. There is also evidence that frequencies of mutations are different among racial and ethnic groups in the US, including African Americans, Asian Americans, Hispanics and Non-Hispanic whites.

The methods to test for BRCA1 and BRCA2 mutations look for changes in the DNA and protein of the genes. The test involves taking a blood sample which is sent to a laboratory that specializes in that particular test. It might take several weeks to get the test results.

Genetic counseling is recommended before and after you have the test. This will usually involve a risk assessment based on your personal and family history and involve discussions about all the aspects of the genetic test, including psychological considerations.

Who Should Consider Genetic Screening?
There is currently no standard criteria for recommending who should undergo genetic screening. In a family who has a history of breast and/or ovarian cancer, it may be useful to first test the family member who has had the cancer and if they are found to have a mutation other members of the family can then be tested. Certain familial patterns of cancer are associated with an increased likelihood of having a harmful mutation in BRCA1 or BRCA2 and therefore an increased risk of ovarian cancer. These include:

For women of Ashkenazi Jewish descent:

These patterns apply to about 2% of women in the general population. Women who do not have any of these family history patterns have a low probability of having a harmful BRCA1 or BRCA2 mutation.

Options for Women who Have a Positive Test Result

A positive genetic screening result means a harmful mutation has been found in either of the BRCA genes. There are several options for managing the risk of cancer for these women. The downside to these is that there is limited high-quality data on their effectiveness.

One option is to undergo regular surveillance to increase the chances of finding a cancer that has developed at an early stage, when it is most curable. This may include blood tests for CA-125, and transvaginal ultrasounds. These are carried out at an increased frequency to women in the general population, which usually means having the tests done twice a year. The effectiveness of this approach has not been proven conclusively.

Another option is to have a prophylactic oophorectomy. This involves removing the ovaries by surgical means. When the fallopian tubes are also removed, the procedure is called a salpingo-oophorectomy. The fallopian tubes are also removed because it has become apparent recently that BRCA1 and BRCA2 mutation carriers also have an increased risk of fallopian tube cancer. There is still some remaining risk of developing cancer with this method. In addition some evidence suggests that the protection provided by this procedure differs between carriers of BRCA1 and BRCA2 mutations.

Women with an increased risk of ovarian cancer due to their family history but have a negative result on tests for BRCA1 and BRCA2 may also want to consider prophylactic surgery, as harmful mutations in other unknown genes may be present.

If you think you may be at increased risk of developing ovarian cancer due to your family history, you should see your doctor about the possibility of seeing a genetic counselor and having a genetic screening test.